Muslim demonstrators burn a copy of Salman Rushdie's novel Satanic Verses in a square then known as The Tyrls in front of Bradford City Hall, West Yorkshire on 14 January 1989. The now-demolished Bradford central police station is in the background. The book, published by Penguin Viking on 26 September 1988, became instantly controversial in Islamic communities because of what some Muslims considered blasphemous references. The Bradford book burning sparked a huge media reaction and put the city at the centre of international attention. One month later, on 14 February 1989, Ayatollah Khomeini, the supreme leader of Iran, issued a fatwa calling for the death of Rushdie and his publishers. In 1998, the succeeding government of Iranian President Mohammad Khatami said it no longer supported the killing of Rushdie, but the fatwa remains in place. 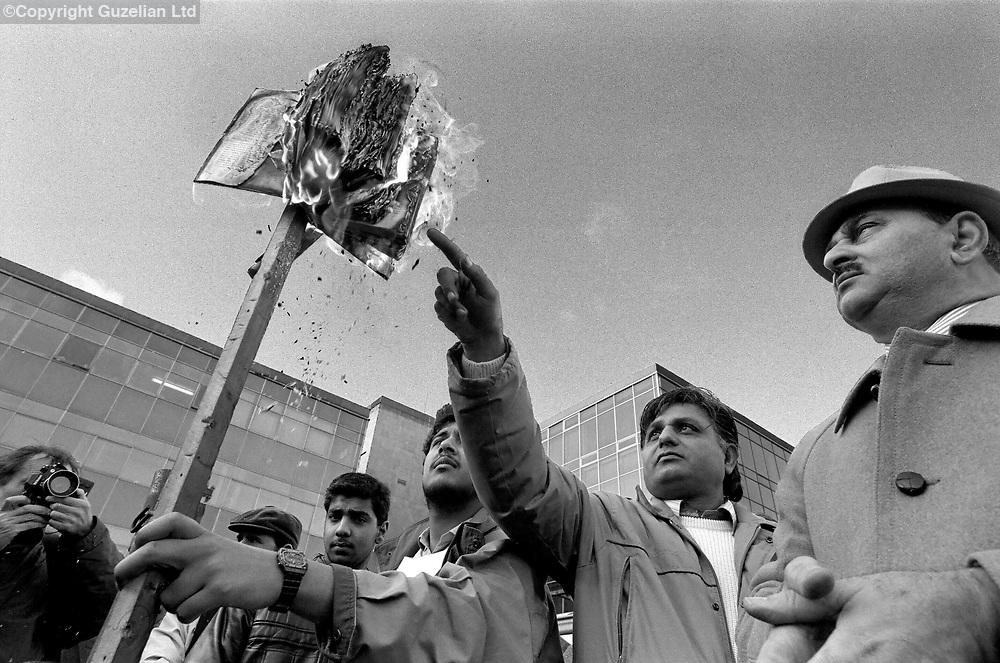